Bhubaneswar Smart City organises cyclothon with the techies of Infosys 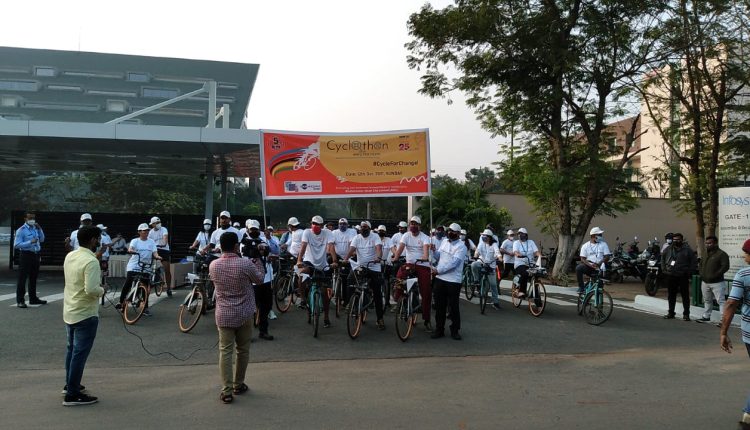 Bhubaneswar : It’s a nice Sunday morning and as usual Bhubaneswar Smart City has organised a cyclothon in association with Infosys as the Development Center of the IT major is celebrating its 25th anniversary in the city.This time the techies of Infosys hit the road with the cycles to promote Non-Motorised Transport (NMT) for a greener and livable and sustainable city.

A bicycle is a useful vehicle that helps us reach a destination without polluting the environment. While it offers us many advantages for a long time, it has become very vital now, as it offers a greener way to commute_ with this message 100 infoscions joined the cyclothon for cleaner, greener and livable Temple City. The cyclothon is being organised in different locations across the city with a focus to include all zones of the city in future.

The cyclothon, which started from Infosys campus routed through Sikharchandi Square, KIIT Square , Patia Square and Trident College covering more than 6 km distance. The officials of BSCL under the guidance of Sri Kamaljit Das, General Manager coordinated the event along with the team and leaders of Infosys under the supervision of Sri Probhat Kumar Das, Center Head Infosys, Bhubaneswar.

With more than 100 infoscions participating in the event, the idea was a clear attempt to make the netizens aware on the environmental pollution as the National Capital Region (NCR) is facing the worst pollution ever and three of India’s cities are lining up in the list of 10 most polluted cities of the world. With the air quality index (AQI) in many cities in India reporting scores on the higher side, the State Capital is doing its best to promote NMT and especially, promoting cycling among the citizens.

In order to make the Temple City a livable place and environment-friendly, the Bhubaneswar Smart City has adopted a series of initiatives and several cycle tracks are being developed under the NMT Priority Network. Also, the awareness drives under the Cycles4Change Challenge the city is organizing a series of activities to promote cycling. Under the directive of Managing Director and CEO Bhubaneswar Smart City Sanjay Kumar Singh, the Smart City has taken up the cycling promoting activities to make the city green and clean.

The city is also planning to have exclusive public transport zones where people could access only public transport as the city is all set to make NMT philosophy as its mainstay for the urban transport. The Smart City has also expedited the process to have seven electric vehicle (EV) charging stations at major locations of Bhubaneswear so that the environment of the city remains sustainable for the future. More EV charging stations would also come in future. 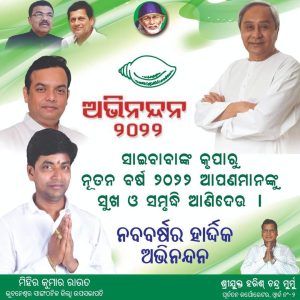 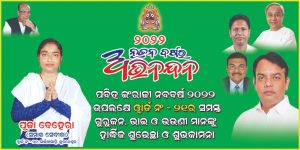 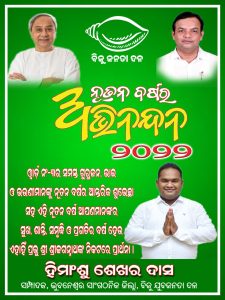 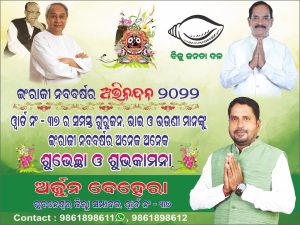 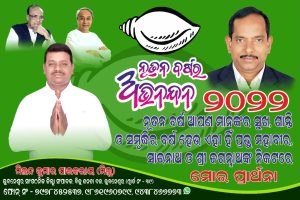 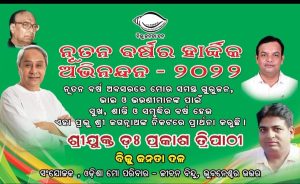